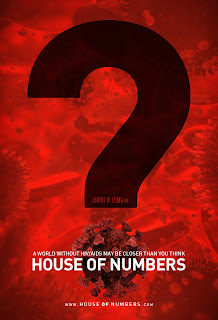 As someone who has followed the scientific debates regarding the cause of AIDS since the early 1990’s, I have reported on many of the controversies and inconsistencies with the existing causation hypotheses. Yes, that is right, there are multiple perspectives as to what causes the syndrome labeled as AIDS, even from within the well funded scientific orthodoxy. This, the film reveals.

Young filmmaker Brent Leung has done a remarkable job of allowing the scientists on all sides of this debate to describe their viewpoints in their own words so that the viewer can decide for himself the credibility or lack thereof of the information presented. How refreshing it is for a documentary film to treat its audience as if it is intelligent and capable of drawing reasonable conclusions, rather than being preached at as if we are all little children.

The calls for censorship of this film are outrageous. Beware those with conflicts of interest who appear offended for the mere suggestion that “they should wash their hands after cutting on cadavers before going into the next room to deliver babies.” Have we learned nothing since the time of Ignaz Semmelweis, much less Galileo?

House of Numbers is an important film at a time where we are rapidly running out of resources to chase a disease that may not actually be a disease at all. Yes, billions of dollars of potentially misallocated research funds are at stake, but so are the lives of potentially millions of immunocompromised inhabitants of planet earth.

If it is possible that conflicts of interest have covered up and prevented other avenues of research into immune dysfunction be explored, wouldn’t you want to know it?

In my opinion, a good documentary film reveals many facets of its subject matter in ways that elevate interest throughout. A great documentary film allows its audience to draw its own conclusions. I sat riveted by House of Numbers. Three times. Dare I be so bold to posit that this may be the film to ignite a renaissance of scientific freedom and inquiry devoid of politics and economics?

http://koreanactor.isay.co.za/2010/04/21/online-watch-house-of-numbers-english-movie-trailer-review-cast/
House of Numbers Anatomy of an Epidemic at 11:42 AM No comments: