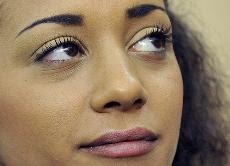 Source: http://content.usatoday.com/communities/ondeadline/post/2010/08/german-singer-guilty-of-infecting-partner-with-aids-virus/1
House of Numbers Anatomy of an Epidemic at 10:21 PM No comments:

House of Numbers, by newcomer filmmaker, Brent Leung, is a shocking documentary that packs a very powerful punch. So much so that what you have witnessed  stays with you long after you have switched the tv off.
This is a film thats going to make you think……alot.  And so it should. It’s about a very very serious subject.

I don’t think I know of a single other subject that creates so much debate amongst people. And  sometimes, I witness certain people, who really have no clue as to what they are talking about, show utter hatred to other fellow humans simply because they don’t agree, and have not questioned what they know.

And the debates I have witnessed are ugly, really ugly. Sometimes, in extreme cases there are even death threats involved, it gets that bad.  I have received a few threats myself, whenever I write about something similar to this, that goes against the mainstream medical beliefs.

I can also  guarantee that within a short amount of time goes by after posting this review, someone will leave a very one-sided comment about this film and attack me also for having the ‘audacity’ to review it.  There are people who are paid to simply sit and do Google Searches to see if there are any new posts on topics such as this.  So threatening are movies like this…….


House of Numbers is on a subject that most of us think we know alot about or  it’s something we push aside because we simply don’t want to know. Some were perhaps along time ago, scared into thinking a certain way, and have had that ingrained into our minds so much so, that its impossible for some, to think of another, new way.

House Of Numbers is a groundbreaking documentary about, AIDS.

Have you ever asked yourself, ”What is HIV? What is AIDS? And what is being done to cure it?’?
Do you know the answers?  Do you really know enough of the facts?

You might think you do, but I am telling you, you more than likely don’t know enough to paint the full picture. Ask yourself, what do you know and who told you this information and when? Has anything changed since you were told about AIDS?  Was it like  for me, from the Television through scary Grim Reaper Ads?

First time film maker, Brent Leung, asked himself these questions from a young age and didn’t really ever find out enough answers that made sense.
A few years ago, he set out on a world wide journey with a quest to find out these very answers he just had to know.
He set up interviews with prominent Doctors, Scientists, Researchers and Journalists, all who are experts in their fields.  He visits London, the USA, the slums of South Africa where disease and death are so common it has become normal and other countries also, to try and understand, do we all believe the same thing around the world?

He questions why, after 29 years, with so much press, billions of  pounds spent, and massive worldwide media attention, there is still no cure in sight and not much real understanding of AIDS, leaving plenty of misguided people unsure, of what it all even means.

What Brent uncovers in this documentary will leave you with your mouth gaping wide open.
He reveals a massive research establishment in total disarray with a health policy gone right off course.
Brent interviews and easily manages to get completely candid interviews with the most powerful, well known and influential people in the ‘AIDS’ Industry.

Some of these interviews and what is uncovered will be why your mouth is left dragging on the floor.  You can see snippets of them below.
Brent interviews the two Scientists awarded the ‘prize’ for discovering the HIV virus. He also talks in depth with highly acclaimed Nobel Laureates, Presidential Advisors, survivors, activists and the Executive Director of UNAIDS.

The answers they give to the questions that are asked, will at times, make you sit up in shock.
I have been researching AIDS for the last year and by far, this is the most eye opening film I have seen.

This is a movie that is simply brilliant and one that is also extremely threatening because it is blowing the lid off a subject with completely misguided ‘facts’ and fallacies that have been kept in the dark from us for far too long.

House of Numbers has the power to completely change the way we see AIDS.  What is presented in this film is totally undeniable and presented in a way that is surprisingly unbiased and lets the viewer decide for themselves: what is really going on?

Let it be known though, that the documentary never denies the existence of AIDS or HIV.
”The HIV/AIDS story is being rewritten, and this is the first film to present the uncensored POVs of virtually all the major players — in their own settings, in their own words. It rocks the foundation upon which all conventional wisdom regarding HIV/AIDS is based. If, as South African health advocate Pephsile Maseko remarks, “this is the beginning of a war…a war to reclaim our health,” then House of Numbers could well be the opening salvo in the battle to bring sanity and clarity to an epidemic clearly gone awry.’

House of Numbers is a must see film, watch these snippets below to find out why……..
I will leave you with my thoughts and a whole bunch of stuff to investigate:
Every day, in the media, we as people,  are reading more and more reports that we are being lied to. The Governments lie to us, the Media controls what they let us know and Big Corporations control both.

The recent BP oil spill should make even the most skeptical of people start to agree with this after seeing the lack of care, concern  and CONTROL and Media block out for the clean up.  We are all seeing that Big Money equals Big Power.  I will say it again, Big Money equals Big Power.
Pharmaceutical companies are being involved in huge scandals, paying people to lie and get them on their side.  Drugs being released deemed as ’safe’ to use, only to cause many deaths and serious problems.  Then we read about the Drug Company ‘conflict of interest’ funded Medical Journals our Doctors are reading and believing. And information being released to the public is either hidden or exaggerated.

With more than 200 Billion dollars spent on AIDS funding, with more being requested, does that mean Big Money to you?

So now I ask you to think, could what we possibly think we know, be possibly, completely wrong?
WATCH FULL LENGTH ON AMAZON  - VIDEO ON DEMAND IN THE USA

Below: House Of Numbers Trailer

More Clips can be seen here:

Source: http://blog.missecoglam.com/2010/08/house-of-numbers-documentary-directed-by-brent-leung.html
House of Numbers Anatomy of an Epidemic at 12:52 AM 1 comment:

"I was thoroughly furious after watching this infantile movie. I came out in 1983 when this movie maker was still in diapers. Ironically gay men at this time would soon be in diapers literally sick to death with AIDS. Let's get something straight, AIDS is the most appropriate term for this disorder. It simply describes an acquired syndrome, which is what a person has the second that he or she is infected with the HIV virus. But all of this posturing over whether someone has HIV or AIDS is nothing more than people trying to deny or candy coat the fact a person has an acquired syndrome which is impacting their immune system, i.e. AIDS. Just because a person is not showing symptoms or has a T-cell count of a certain number does not remove the fact that HIV is doing some sort of damage, i.e. a syndrome is in progress. Frankly I think that making a lethal disorder such as AIDS sound prettier or less deadly is criminal. I think a lot of pressure is coming from the gay community, where a huge number of gay men are HIV positive and sexually active. This is why they want the disorder to sound less deadly: so they have a better chance of getting laid. I think this current mindset amongst gay men and supposed health care professionals, who are now lumping "HIV Disease?" with measles or herpes, is downright socio-pathic. I am gay and 49, and am totally proud of the fact that I care enough about myself and humanity to remain HIV negative. It frankly sickens me that so many people, particularly gay men, are so god damned cavalier about this disorder. Back in the 80s and 90s, when so many great people were praying for some way to stay alive, we would have given anything to have the current drug cocktails. And isn't it sickening that so many people are now running around barebacking with no care in the world simply because they can get these drugs. It is a huge slap in the face to all of the gay men who died in the 80s and 90s. I am ashamed to be gay when I think about how badly gay men are acting at this time!"

Good or bad, we want to hear your thoughts.

Thank you for your honest critique Chris.

Visit www.houseofnumbers.com for more information
House of Numbers Anatomy of an Epidemic at 10:54 PM No comments: