Pot and AIDS: Worldwide epidemic for our time 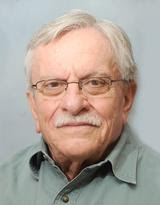 — More than 30 years ago, before the advent of AIDS, a marked decrease in the presence of T-cells in chronic marijuana smokers (one to seven times per week for one to eight years) was known.

This scientific fact indicated a disturbance of the individual’s immunological function.

In some subjects, there was also a decrease in B-cell rosette formation.

The decrease in T-cells is transient, lasting 24 to 72 hours post-smoking. The use of alcohol or tobacco did not contribute to the damage and decrease of the T-cell.

In the early 1980s, the young adult male “gay” population was afflicted with a devastating epidemic, unknown before, but finally named AIDS. The mechanism of this disease was a failure of the immune system. After a few years the causative agent was found to be the HIV virus, which attacks the T-cells of victims.

The correlation between marijuana’s widespread use in the homosexual population with the attendant decrease in T-cells and the affinity of the HIV virus for the damaged T-cells has been largely ignored.

Cannabis is the most widely available and used drug for those who suffer despair and alienation in their daily lives. It alleviates the pain of hunger. It makes life more bearable.

But, it does nothing to cure the cause of sufferings.

It does nothing to truly improve the quality of life.

We should look about us. In those areas of the world where the use of cannabis is accepted, or even encouraged, for its salutary effects, the incidence of AIDS is astronomical.

Many good people see that cannabis does indeed make life more bearable for themselves and others, but they remain content to feel good and do nothing to cure the causes of pain and discontent.

A dictator can go his merry way because his subjects are content. He can ignore his responsibilities which transported to the drug-induced heaven of his imagination.

By subduing the responsibility of morality, pot becomes not the gateway drug to stronger substances, but the promoter of licentious behavior. Many a young boy or girl has been seduced with pot and introduced to the HIV virus.

But still I hear experts or physicians proclaim that further studies are needed to determine whether THC should be legal or remain illegal.

One must wonder: Is this indecisiveness due to ignorance or to be politically correct?

Are these studies to benefit the patients or the investigator?

Sam Contakos is a retired Johnstown businessman and former practicing physician. He also formerly served as a lecturer on the topic of drug abuse.
House of Numbers Anatomy of an Epidemic at 3:03 PM No comments: