Meharry, ministers team up to fight HIV/AIDS in Nashville

HIV and AIDS isn’t an easy subject for churches. 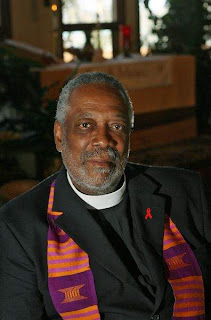 “I think HIV and AIDS is a more difficult challenge because of the necessity of addressing human sexuality that, in many instances, there has been a reluctance for many churches to deal with,’’ said Metropolitan Interdenominational founder and Senior Servant, the Rev. Edwin Sanders.

Two federal grants, one to Metropolitan Interdenominational Church and one to Meharry Medical College, are designed to put churches and faith leaders in a position of leadership in the battle against HIV and AIDS.

Both are recipients of a Capacity Building grant from the Center for Disease Control and Prevention. Each grant will total nearly $2 million over five years.

Metropolitan Interdenominational and Meharry will operate independent models, but each with a heavy emphasis to equip clergy with the skills and expertise to establish successful HIV and AIDS prevention programs.

The grants are designed to involve health providers and Historically Black Colleges and Universities as well.

“The church needs to be involved on several levels,’’ said the Rev. Sherman Tribble, pastor of New Visions Baptist in Donelson. “One is spreading the news that’s it’s an equal opportunity disease. Anyone who is human has the possibility of getting it.

But that there is also healing and hope. Who can say that better than the church?’’

It’s the third time Metropolitan Interdenominational has gotten a CDC grant. The church has been active in HIV and AIDS prevention for about 25 years now. Its first CDC grant was for four years and the second was for five. It’s Meharry’s first CDC grant of this kind.

The goal is to ultimately decrease AIDS and HIV numbers among African-Americans, which statistically has higher rates of infection in this country.

Metropolitan Interdenominational and Meharry work independently, but there will be collaboration.

‘Clergy Circles’’
A primary component of the Capacity Building grant has been to hold summits and forums all over the country on HIV and AIDS prevention strategies that will attract clergy to attend. The goal is to establish “clergy circles,’’ who will participate in a five-part curriculum based program.

The summits can attract 100-150 clergy and from those events hopes are about 30 will continue in the clergy circles.

“At the end of the curriculum-based program we hope we have established a level of commitment that will be sustainable,’’ Sanders said.

The present grant will continue establishing clergy circles with more intent on drawing from a regional area.

At the end of the last grant cycle Metropolitan Baptist had worked in 23 states, with programs established in Birmingham, Chicago, Clarksville, Savannah, Ga., Memphis and more.
The outreach is called MICTAN (Metropolitan Church Technical Assistance Network).
Sanders and MICTAN staff have most recently worked on establishment of a regional project in Rochester N.Y.

Another component of the church’s Capacity Building grant goes toward a relationship with divinity schools to help train future clergy. Metropolitan Interdenominational has primarily worked with the Howard University School of Divinity in Washington D.C. and American Baptist College in Nashville.
The church, with a congregation of about 350 on Sunday, has been active in numerous causes, including AIDS and HIV work.

One is a primary care clinic for HIV positive persons, funded by the church and Health Resource Service Administration under the Health and Human Services Department. The Capacity Building money does not go to the primary care clinic.

Dr. Jacqueline Hampton, is the director of the Community Outreach Core at Meharry’s Center for AIDS Health Disparities Research. Hampton is the Project SAVED director and sought and attained the grant.

Hampton felt Meharry’s location, the work its Center for AIDS Health Disparities Research has done and connections made with them ideally situated it to launch Project SAVED.

“We would have been remiss if we didn’t apply for the grant,’’ Hampton said. “What were trying to do is to grow the sphere of influence. We’re trying to penetrate areas that haven’t been penetrated.’’

Advisory committee members will engage other community stakeholders to train and enhance Core team members represent other areas of the region and travel to meet and conduct workshops.
One adviser is Sheila Dennie, the program coordinator for the National Minority AIDS Education and Training Center at Meharry, which is a separate program from Project SAVED.

“The community engagement model adds validity to the voice of the community,’’ Sheila Dennie, an adviser.

Tribble is among local pastors on the advisory team Meharry has established.

“Sometimes those from the medical community don’t have access to people in the faith community and sometimes we don’t have access to the medical community,’’ Tribble said. “It’s rare for a medical school to get involved … We may see it one way and other service providers see it another. But we’re all doing our part."
Source: http://www.tennessean.com/article/20100607/DAVIDSON/100607058/Meharry-ministers-team-up-to-fight-HIV/AIDS-in-Nashville-

Note: House of Numbers premiered at the Nashville Film Festival in 2009.
Click here to read the Tennessean Review of HoN
House of Numbers Anatomy of an Epidemic at 11:43 PM 1 comment: