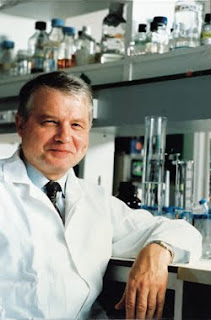 A NOBEL laureate who discovered the link between HIV and AIDS has suggested there could be a firm scientific foundation for homeopathy.


French virologist Luc Montagnier stunned his colleagues at a prestigious international conference when he presented a new method for detecting viral infections that bore close parallels to the basic tenets of homeopathy.

To a lay person this may sound tenuous. For a scientist it is highly provocative in its similarity to the principles said to underpin homeopathy.

Homeopathic medicines work on the principle that a toxic substance taken in minute amounts will cure the same symptoms that it would cause if it were taken in large amounts.

Scientists completely reject this, claiming there is no evidence to show that water can retain or transmit information and that homeopathic treatments have never been proven in full clinical trials.

The growing concern of doctors is linked to homeopathy's rising popularity. Users of homeopathy include the Queen and David Beckham.

Montagnier was awarded the Nobel prize in 2008 for research carried out in the 1980s that confirmed the link between HIV and AIDS. The breakthrough opened the way to new treatments that have extended the lives of millions of people.

Last week, he was speaking at the Lindau Nobel laureate meeting in Germany where 60 Nobel prize winners had gathered, along with 700 other scientists, to discuss the latest breakthroughs in medicine, chemistry and physics.

Source: http://www.theaustralian.com.au/news/health-science/nobel-laureate-gives-homeopathy-a-boost/story-e6frg8y6-1225887772305
House of Numbers Anatomy of an Epidemic at 9:20 PM 1 comment: