Romania runs out of Aids drugs

The lives of people with HIV in Romania are being put at risk as the country runs out of drugs to keep them alive, say NGOs, while the government appears to blame the recession. 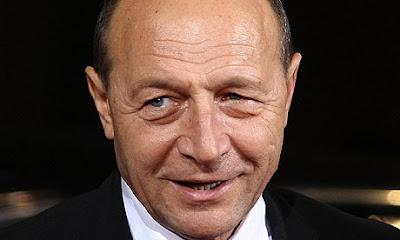 Activists have been afraid it would happen in the poorest countries of Asia or Africa. But it's happening in Europe instead. In Romania, HIV drugs are running out. People in the regions have been traveling to Bucharest to try to get their supplies, but the capital city's shelves are emptying and from this week, they will be turned away. As the Romanian Aids organisations put it, people with HIV are being sentenced to death.

Some people have had no drugs for over a month now. The reasons for the stock-outs are not entirely clear. Certainly Romania is hit by the recession, but, as an open letter from the EU HIV/Aids Civil Society Forum to the Romanian president, Traian Basescu, and his government said yesterday, other cash-hit European states have managed to keep the medicines available. It is a very serious situation for the 7,000 or so people with HIV in Romania. Antiretroviral drugs keep people alive and well, but those who start the drugs have to stay on the drugs, or the virus in their body will evolve into a drug-resistant strain. And then the drugs they were taking will not work any more. They will need other (more expensive) drugs instead. And for some, the Forum told the government in its letter, time is running out.

In particular those who as youngsters got infected in Romanian hospitals during their early childhood, between 1986 and 1992, are patients who received several drug regimens in the past, and some of them are already receiving their last treatment option. By interrupting their treatment, these people will be at great personal health risk, with the well-known public health implications on top.

The Forum - and the local NGOs - are urging the Romanian government to take steps to restore the drug supply. Money may be short, they say, but it is open to them to negotiate lower prices with the pharmaceutical industry, which they have not done. The letter also asks the government to call in the World Health Organisation for help and advice.

Depriving people of the drugs that will keep them alive is a clear breach, they say, of article 3 of the European Convention of Human Rights.

Two Romanian HIV/Aids NGOs, SENS POZITIV Association and ARAS - the Romanian Association Against AIDS, have set up a petition, here.

Watch House of Numbers and see the Nagel Family talk about adopting their daughter from Romania, her HIV positive test, and the direction they chose to take regarding HIV treatment.
House of Numbers Anatomy of an Epidemic at 7:18 PM 1 comment: 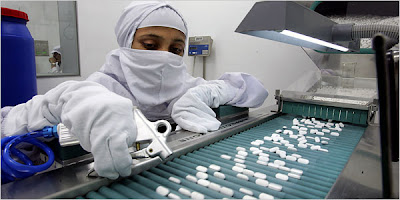 GlobalData's report, “HIV/AIDS – Drug Pipeline Analysis and Market Forecasts to 2016” is an essential source of information and analysis on the global HIV/AIDS market. The report identifies the key trends shaping and driving the global HIV/AIDS market. The report also provides insight on the prevalent competitive landscape and the emerging players expected to bring significant shift in the market positioning of the existing market leaders. Most importantly, the report provides valuable insight on the pipeline products within the global HIV/AIDS sector. GlobalData estimated the HIV/AIDS market was worth $12 billion in 2009. The global Human Immunodeficiency Virus (HIV) infection market will continue to grow between 2009 and 2016 at a slower rate due to a series of patent expiries during this period. The growth rate is likely to decline from 2012 onwards due to the impact of the patent expiry of key drugs. The market is characterized by a high unmet need of drugs which can cure the disease. Highly Active Antiretroviral Therapy (HAART) which requires patients to take different classes of drugs has however succeeded in achieving near zero levels of HIV in infected people. Increased uptake of HAART and increasing awareness (which leads to increased treatment seeking) will drive the market. The pipeline for HIV is strong and consists of more than 250 molecules currently in development for various disease segments.