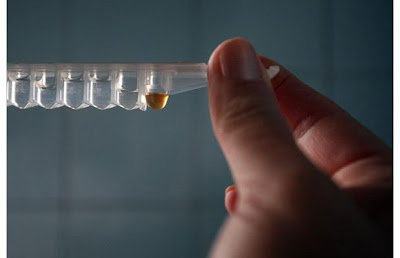 OTTAWA — Canada has pulled the plug on funding to one of the largest AIDS vaccine development agencies in the world.

In 2009, Canada contributed nothing to the organization and said funding was under review. There was no money again in this year's federal budget and no decision on whether IAVI will ever receive Canadian funding again.

"CIDA continues to focus its efforts as part of the aid effectiveness agenda," Jessica Fletcher said. "As such, we are currently reviewing all of our programming. No decision has been made yet on the future of this program."

"This government is now abandoning one of the greatest vaccine initiatives in the world," said Lewis, who is on the board of IAVI. "I just think it's unconscionable."
IAVI President Dr. Seth Berkley has thus far received no response to three letters he sent Jan. 25 to Prime Minister Stephen Harper, Oda and Industry Minister Tony Clement asking them to reinstate the funding.

"CIDA's ongoing support is critical in sustaining the momentum in the search for an AIDS vaccine," wrote Berkley in the letters.

He said Canada's funding has helped leverage other support. In 2007, when Canada announced its own Canadian HIV Vaccine Initiative, Canada committed that the CHVI "would not compromise Canada's international support of AIDS vaccines."

The CHVI is a $139-million, five-year joint venture between Canada and the Bill and Melinda Gates Foundation. It was announced to great fanfare in February 2007.

But three years later, less than $9 million has been spent on CHVI, including almost $700,000 on a proposed $88-million vaccine production facility which was scrapped last month. The Winnipeg-based International Centre for Infectious Diseases was the front-runner for the facility.

IAVI was also one of the partners of that Winnipeg-based bid.

Lewis said Canada presumably has $88 million from the vaccine facility it could use to reinstate its funding of IAVI.

"They have the money and they allegedly have the interest, but (the government is) now abandoning what is absolutely necessary in dealing with AIDS," Lewis said. "Ultimately, the only thing that is going to end this virus is a vaccine."

Health Minister Leona Aglukkaq and Public Health chief Dr. David Butler-Jones have both said they are examining all the options for how to spend the CHVI money now that the production plant is off the table.

Both say it was cancelled when none of the bidders met all the criteria and the Gates Foundation produced an analysis suggesting such a facility was no longer needed.

The focus is still on helping develop a vaccine for AIDS, a spokeswoman from PHAC said.
NDP health critic and Winnipeg MP Judy Wasylycia-Leis said the government obviously has no clue about the global realities of the AIDS epidemic.

"Cutting the vaccine production facility is a blow to Canada's international reputation as a leader in AIDS research and now we will be embarrassingly absent from the global call for continued research into HIV prevention," said Wasylycia-Leis.


© Copyright (c) Canwest News Service
House of Numbers Anatomy of an Epidemic at 12:02 AM No comments: