Ban removed on foreigners with HIV/AIDS 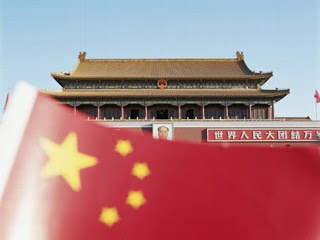 A majority of Chinese people polled against the decision
Beijing - The international community has applauded the decision by the Chinese government to lift a two-decade-old travel ban on foreigners with HIV/AIDS, despite a recent survey showing a majority of the Chinese public does not support the decision.
The State Council said in an online statement late Tuesday that the government passed amendments on April 19, revising its border health quarantine law and the law on control of the entry and exit of aliens.
The move came days before the opening of the Shanghai Expo, which starts on Saturday and is expected to receive 4 million overseas visitors.
"I commend President Hu Jintao," said United Nations Secretary-General Ban Ki-moon. "Punitive policies and practices only hamper the global AIDS response."
The UNAIDS Country Coordinator in China said on Wednesday the nation has displayed its global leadership credentials by lifting travel restrictions on people with HIV and AIDS.
"There are 51 countries in the world which still have such restrictions. China's move will have significant global influence and provide very important leadership," Mark Stirling, country coordinator of the UNAIDS China Office, was quoted as saying by Xinhua News Agency.
Foreigners will not have to claim their HIV status while seeking a Chinese visa, and selective HIV testing among foreigners entering China and the deportation of those found to be HIV positive will be abolished, said Hao Yang, deputy director of the Ministry of Health's disease prevention and control bureau.
Previously, those making honest claims about their status could be refused entry, as in the case of Australian writer Robert Dessaix, who was denied entry in March because he claimed HIV-positive status.
Meanwhile, about 84 percent of more than 4,000 respondents opposed lifting the ban, citing the possibility that infected foreigners would further spread the incurable disease in China, a poll conducted by China Daily and sohu.com in late March has found.
Li Dun, a law expert with Tsinghua University, said such restrictions are discriminatory and do not prevent HIV transmission or protect local public health, particularly when China has an HIV-positive population of 740,000, which some experts consider a low estimate.
Also, implementing such a ban in the face of globalization is almost impossible, he said.
With that in mind, in 1995 selective HIV testing for foreigners seeking to enter China replaced a mandatory test, according to the ministry.
But for stays longer than one year, foreigners were still required to test for HIV upon arrival in China regardless of their health claims during their visa application.
Ban Ki-moon urged the other 51 countries with AIDS restrictions to remove such measures as a matter of priority and urgency.
"Individuals should have equal access to freedom of movement - regardless of HIV status," said Michel Sidib, UNAIDS Executive Director.
"The change to the law is another example of China's leadership in the AIDS response," he noted.
http://www.chinadaily.com.cn/china/2010-04/29/content_9788598.htm

House of Numbers Anatomy of an Epidemic at 11:31 PM No comments:

House of Numbers is coming to the Health Freedom Expo

House of Numbers is coming to the Health Freedom Expo. Radio host Robert Scott Bell will be introducing the film and providing a forum for discussions.

About the lecturer:
Each week Robert Scott Bell empowers his listeners with healing principles that can aid in physical, emotional, mental, spiritual, economic and, yes, even political healing! Robert Scott Bell hosts the fastest three hours of healing information on national radio as he deals with everyday health issues from the perspective of alternative/holistic health care. Learn more at robertscottbell.blogspot.com or TalkRadioNetwork.com.

About the filmmaker: Canadian-­born director Brent Leung attended Kwantlen University in British Columbia, majoring in psychology. In 1999 he moved to Nashville, Tennessee to attend The Watkins Film School. After three years of cinema study, Brent decided to devote his full attention to investigating the HIV/AIDS phenomenon, which had troubled him since his high school days. The result is his first feature, the documentary, House of Numbers.

Join Us For This Great Event!
The Health Freedom Expo returns to Chicago on June 4-6. This year features an outstanding line-up of many local, national and international speakers, dynamic workshops and seminars and it also showcases a diverse group of alternative and natural health care exhibitors.

What makes this Expo different is that it's supported by a not-for-profit lobbying group that works year round to protect consumers' rights, defends practitioners who use natural and nutritional solutions, and lobbies against laws which remove the individual's freedom to make informed health care choices.

Held at the beautiful Renaissance Schaumburg Hotel and Convention Center, the Chicago Health Freedom Expo is open to the public.
House of Numbers Anatomy of an Epidemic at 10:40 PM No comments: